We’ve visited too many museums in the last few months. Collections of vitrines, memory boxes, art objects. An abundance of commentary on history and practice with one or more narrative choices to help refit them into your world. 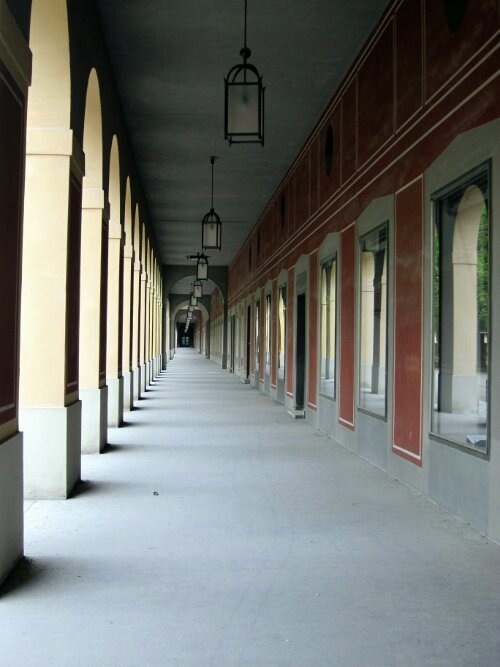 We saw in Munich an exhaustive survey of the 19th century Classicist, Designer, and State Architect Karl Schinkel. I learned from this show that in the 1830s the discipline of Art became the central pillar of the Prussian education system. This was to be the Classical discipline carrying beauty, harmony and proportion enabling the good citizen to fit into his world.

Karl Schinkel was the Architect of State during the period classed as Apollonian Classicism and developed museums and other built institutions up to the mid nineteenth century. With a holistic idea of culture nostalgic for the Italian and the ancient Greek, these buildings and their collections became a codex of objects connecting the physical and metaphysical; spaces for the act of collectively re-membering the world. 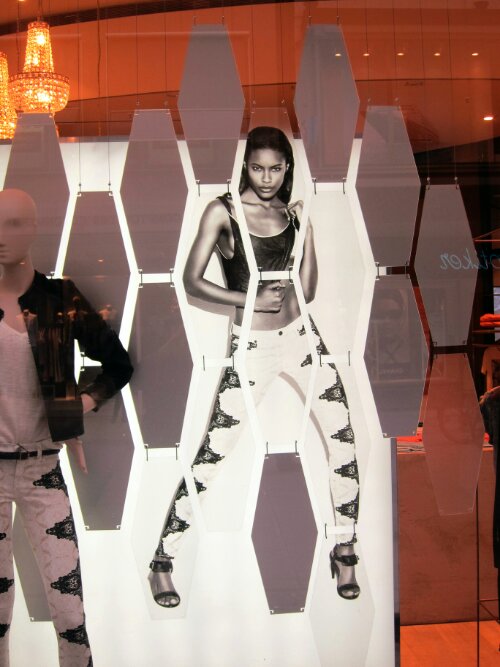 In Istanbul there’s a museum that adjusts the Prussian model from the collective experience of the outward looking citizen to one individual’s palid claustrophobia. The Museum of Innocence is an accumulation of eighty plus vitrines. The objects are real but the collection aided in the creation of a fiction: One man’s catalogue over several years of everything touched by the woman who obsessed him. 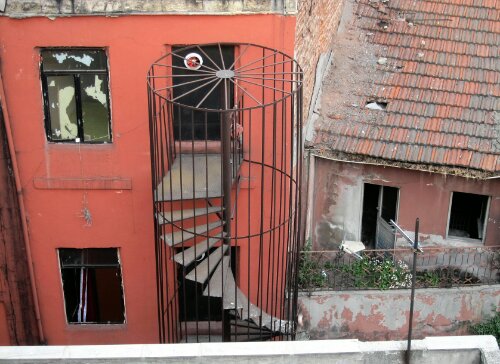 The collection is housed in a three storey residential house, covering the years 1977 to 1984. In the entry way, under glass is a squared up, pinned collection of filter cigarette butts – 2,347 lipstick stained and each with a note written below, the detail of a smoking moment.

Orhan Pamuk, the author of the book, The Museum of Innocence published in 2008, collected the objects for a decade in the process of writing. He used them as the materials that specified the mis en scène of the story and later decided they warranted an arrangement of their own. Each vitrine is titled to correspond with a chapter of the book.
Here are some examples I made notes of :

The shadows and ghosts I mistook for Fusun – an engraved map of Istanbul with pinned figures of a girl in a red dress accumulated in one area. Black and white photos of street scenes with the red dress figure in a crowd hang down both sides.

Cold and lonely November days – wooden shutters under glass with oil lamp and the sound of oars in water.

On being unable to stand up and leave – photo of a sinking ship, rusty alarm clock, three glasses of white milk of magnesia(?) filled to various heights on a drawer cabinet.

Vitrines 75-79 we’re simply curtained in red velvet with titles such as The cinémas of Beyoglu, Summer rain

Antecedents for these assemblages stem from the work of Duchamp and Joseph Cornell. Pamuk is known for his themes of conflict in modern Turkey between traditional social life and modern, global culture. The Museum of Innocence develops a peculiarly modern dilemma. Namely presented with a redundant expression of human emotion by consumer culture, the modern individual turns to inhuman forms. In this case the selfish obsession and closeted forms of desire that spring the momentum of a polarity. Flat, technical, formal layouts are a way to escape the clichés of the consumer marketing of love and relationship, to come out with something that can be re-membered as a human emotion with a bit of work.

A limply ironic T-shirt on the street in Istanbul says, ‘the future wasn’t supposed to arrive today’.

The Grand Bazaar in the old district provides instruction on consumer culture. It seems there is a concentric arrangement in the trading orders. Wholesalers in the alleys surround the covered area while in clustered groupings inside the domed bazaar channels are the areas of jewellery, textile, spices, antiques filled in between by a ubiquitous souvenir trade. These traditional stalls are much like the vitrines in the museum, places where a collection has gathered and slowly the action of fitting the customer to the object of their desire is enacted. When I asked a stall holder for a realistic price on something but qualified my request saying I wasn’t going to buy at this stage, he said to me there was no point in entering a price because you have to want it to begin discussion.

I'm drawn to the crowd and the culture it foments.
View all posts by nameerdavis →
This entry was posted in art, information processes, public space, urban space and tagged Istanbul, Karl Shenkel, Museum of Innocence, museums, Orhan Pamuk. Bookmark the permalink.