We returned to Istanbul two nights ago. Back to a hotel empty of guests and staff appearing stressed due to protests at nearby Taksim Square.

We’d been away south for a week, now back in the familiar fourth floor room a silence where the honks, shrieks and clacking of seagulls should have been, B thinks it’s the teargas fumes that are wafting phosphorus across the hillside.

Yesterday we were at one of a series of ports where ferries arrive every fifteen minutes across the Bosphorus and along the Golden Horn. Several hundred protesters filed out of each boat welcomed by whistles and clapping, pressing along a narrow wharf to the pulse of a ferry timetable.

This afternoon we returned on one of these ferries from a Sunday visit to an artist friend, it was packed with a diverse range of individuals and small groups rallied by an occasional chorus, restive and finally rushing to the dockside causing a lean that reawoke the slow motion capsize I’d been tracing throughout the voyage. 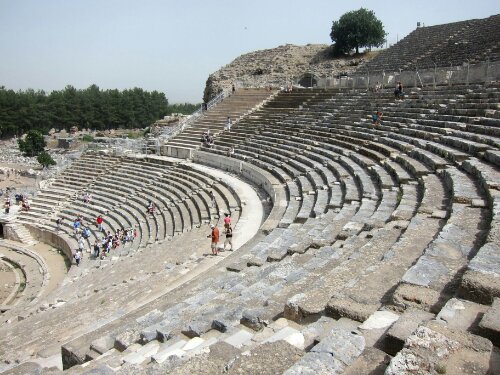 A crowd is made up of a huge number of people. In a stadium it’s the focus of so many on a central framing event with a simultaneous awareness of each other. In the case of the current protests the force of the whole is uncontained and felt by inference from discrete areas.

There are groups that look like earnest students, solid work associates, neighbours, and families. A worried looking middle aged couple holding masks and goggles on the seat next to us, disparate people brought together by issues, forming a situation.

The crowds are channelled up the steep rise below our room on their way to Taksim square. What begins as a faint murmur across walls rises to an edgy mass filling the void of the street and drawing slowly past. Sometimes clapping or a rising chant is caught and rattles in the crevice of a window frame, but mostly the steady churn of a long climb.

Taksim Square is at the top of a ridge approached by one large mainly pedestrian street and lanes traversing built up saddles and ravines on all sides. On any day if you took a thermal colour reading of the hillside you’d see a red spine sharply edged by green blue. This single artery was transformed over the last few days and nights. Temperatures would show a red mass at Taksim with rings from red to yellow, green to blue contouring the ridge. An action filing through small streets adding to the central mass from all angles. 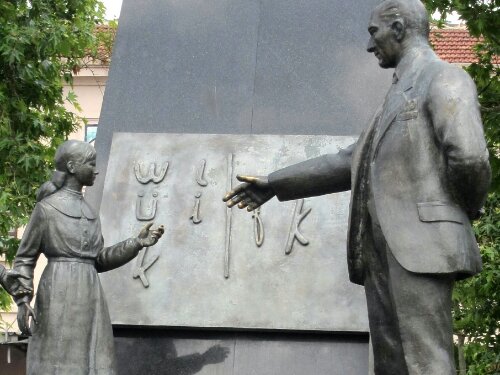 In the south we had visited several ancient sites, cities in memory only, now largely piles of rubble and atmospherics, the mis en scène of tourist guides plying their stories.

We walked through Ephesus and climbed to the ruins of Prienne with a guide. The latter city of 6000 people was once the decision making centrepiece of a group of cities that made up the Ionian federation. It was a model city, the sea has since receded from its harbours, elevated streets show the first example of a grid employed to lay out an urban space and innovative designs for conference theatres with acoustic lipped stone seats to aid in the delivery of ritual and rhetorical speech.

The guide imbued the stones with discourse feeding back into Turkish politics – all male voting minorities, a secret tunnel leading from library to brothel and self serving oracles. 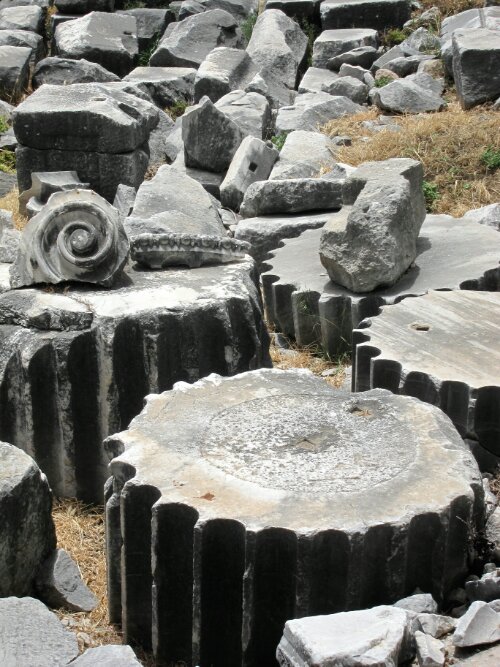 The arrangements of column heads and barrels laid out by early 19th century antiquarians in the Oracle of Apollo at Didema also steer towards issues contemporary to their time portraying the cogs and gears of an ancient machinery. An art of remnants is what our Turkish artist friend might call it.